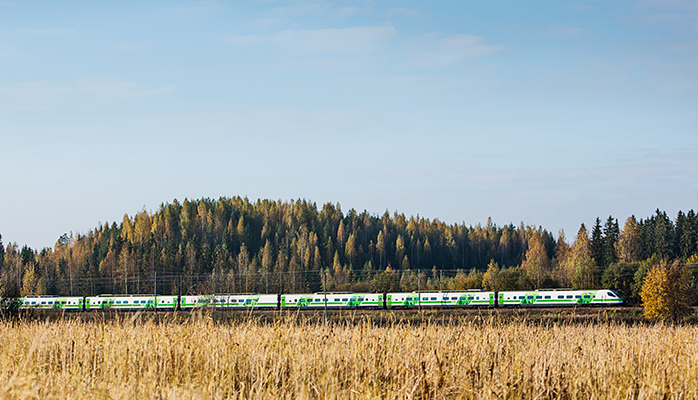 VR Group as a responsible company

VR Group plays an important role in Finnish society. The Group accepts its responsibilities for its customers, for economic profitability and for the impacts of its operations on the environment and society at large.

Companies belonging to VR Group pay their taxes and other statutory charges in accordance with the provisions in their home countries. VR Group comprises companies registered in Finland, Sweden, Russia, Estonia and Hungary. Finnish companies accounted for 94.3 per cent of the consolidated turnover in 2014.

VR Group paid a total of EUR 30 million in dividends to the State of Finland for 2013. Payments of direct taxes totalled EUR 17.2 million. Track taxes and access charges totalled EUR 61.3 million. This sum includes the investment tax paid on the Kerava-Lahti line. A total of EUR 0.4 million was paid in vehicle taxes in 2014. Other charges to the authorities, such as licence fees collected by the Finnish Transport Safety Authority, totalled EUR 0.7 million.

VR Group owns a large number of properties in different parts of Finland. A total of EUR 2.0 million in property taxes was paid to different municipalities.

Employers' contributions (pension insurance contributions and other personnel expenses) totalled EUR 105.3 million in 2014. The raising of the retirement age and the pension legislation necessitated by it have not yet been finalised and they may significantly impact the operations and finances of VR's pension fund.

Stakeholders contributing to responsibility together

The year 2014 saw the start of updating the most important responsibility issues and development of reporting. VR Group's customer pledge is 'Getting there together' and for this reason, personnel and external stakeholders were asked to list the matters that in their view are important for a responsible VR Group.

The Group has a large number of stakeholders and for this reason the discussion was in the form of an open online brainstorming session, which provided the participants with a free hand and also allowed them to assess each other's initiatives. Invitations to the discussion were extensively distributed in the social media and the Group's own channels.

More than 1,400 persons took part in the four-week long discussion and more than 1,600 new ideas were submitted. Consumer and corporate customers, staff members, authorities, political decision-makers and representatives of non-governmental organisations and the media were among the respondents. Most of the comments concerned passenger services. 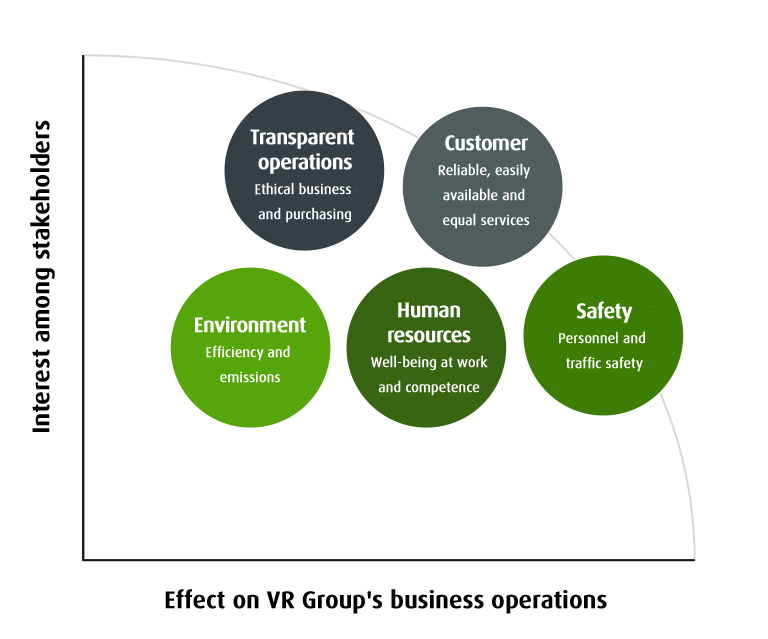 During the process of defining relevant responsibility themes, workshops were arranged for both experts and VR Group's Management Team. The workshops formulated the company's own view of responsibility, which is an important part of the relevance analysis.

The management workshop determined the matters that are essential to VR Group's business and identified the business impact of the matters highlighted by stakeholders. Relevance definition resulted in a matrix of the most essential responsibility themes that will be examined each year.

Essential themes were then put into practice by selecting key indicators that the Group should adhere to. In the same connection, the GRI indicators to be reported were also specified.