The Helsinki depot is Finland's largest unit specialising in the maintenance of rail rolling stock, both in terms of the number of personnel and in the amount of waste generated.

In 2014, the Helsinki depot handled a total of about 2,800 tonnes of ordinary waste, of which less than 400 tonnes ended up at landfills. The Helsinki depot sorts waste into 28 different types of which 25 are recovered as material or energy. Mixed waste, waste containing sharp items, and international food waste are taken to landfills. 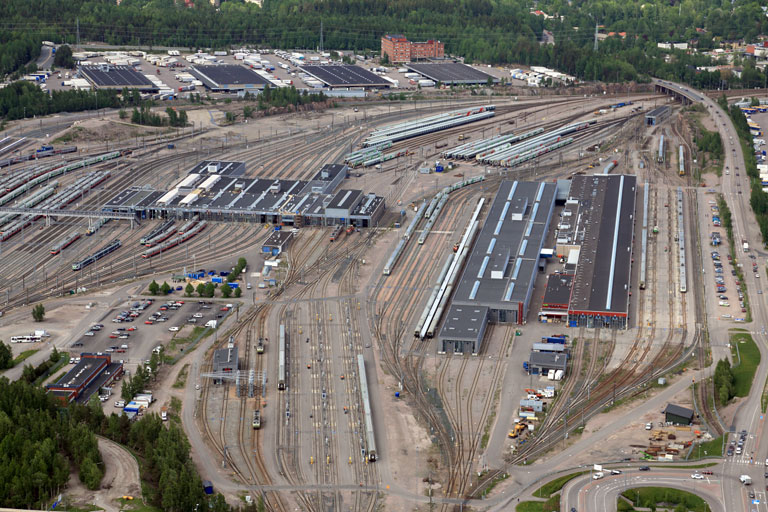 The depot updated its waste guidelines during the review period. Training of the personnel in waste sorting and environmental awareness was also continued. The training was provided in cooperation with Lassila & Tikanoja, VR's partner in waste management. The multicultural working environment at the depot poses challenges in the dissemination of information. Cleaning personnel will be provided with pocket-sized waste sorting guidelines.

Waste flow charts are now displayed at the entrance foyers of the depot. The charts show employees and visitors how the waste generated at the Helsinki depot is recycled and handled. The waste flow charts have been eagerly studied by both internal and external stakeholders. 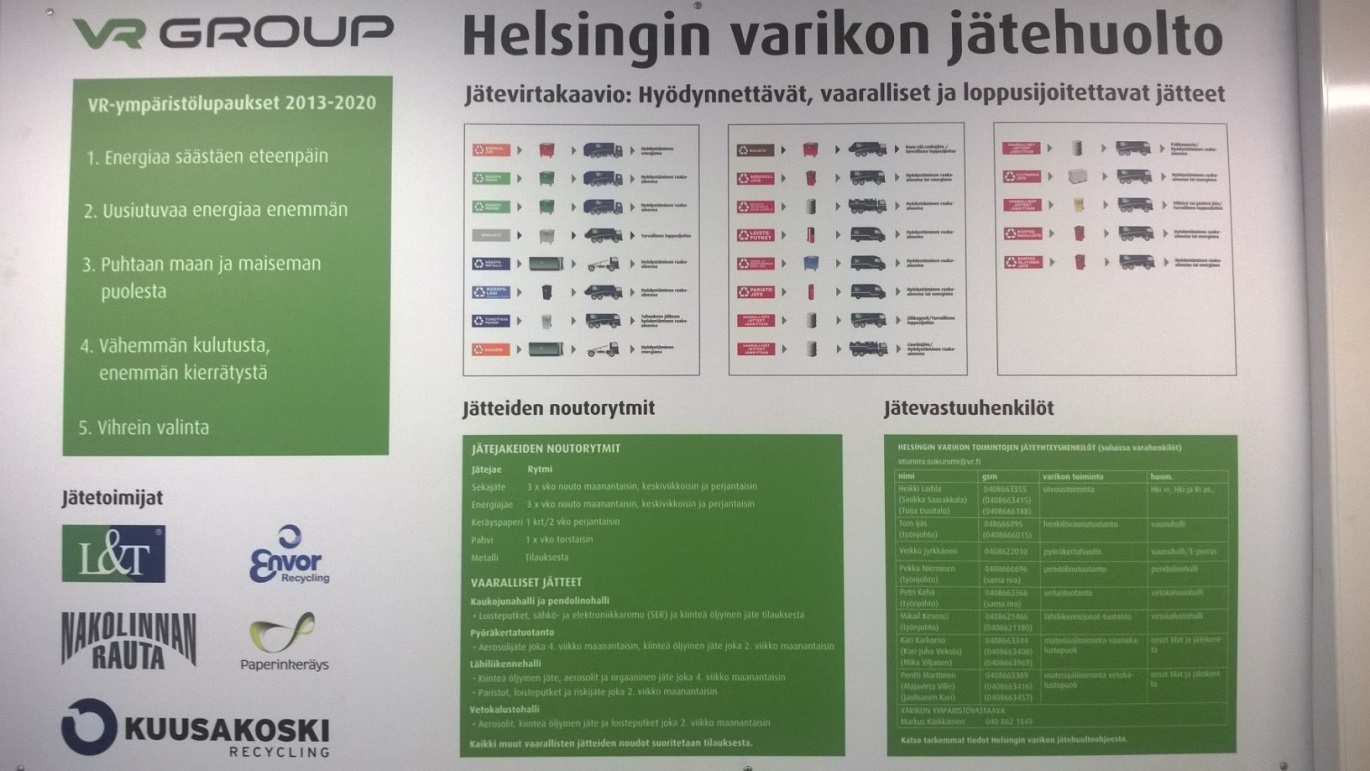 The waste flow chart at Helsinki depot, which shows the ultimate destination of the 28 different types of waste. Most of the waste is recycled. 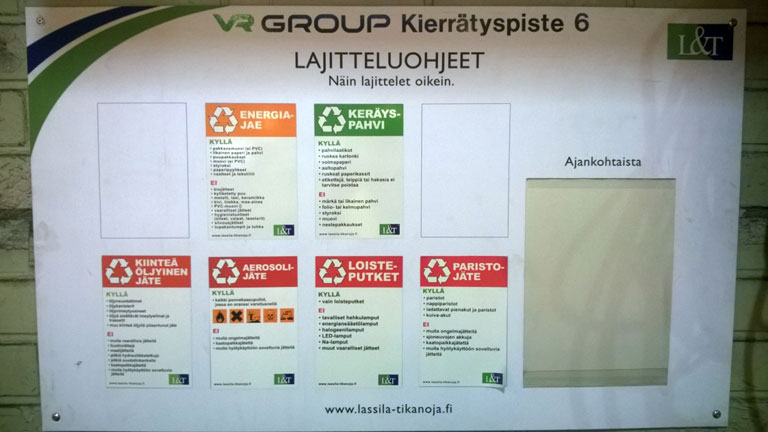 A recycling point at which instructions are given on how to sort the waste in a correct manner.