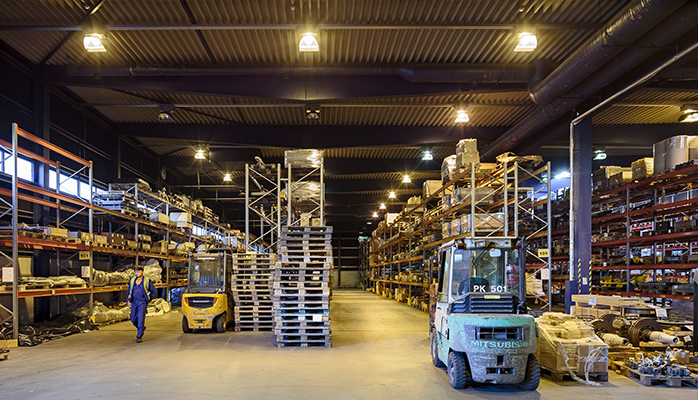 The VR Group is wholly owned by the State of Finland. The Government Ownership Steering Department of the Prime Minister's Office wields ownership power in the Group. The ownership policy is in accordance with the Government Programme.

Rail traffic is comprehensively regulated. In early 2013, the EU Commission presented a proposal for the fourth railway package, which contains a total of six legislative proposals. The aim of the Commission is to create a unified European railway area, to remove technical and administrative obstacles and to open domestic passenger rail services to competition. Discussion on the package in EU institutions is still continuing.

VR Group is operating in a competitive environment

In the infrastructure engineering business, every contract is either won or lost through competitive tendering. In logistics, VR Group has a large number of competitors in road haulage. In rail transport, too, the first competitors have started operations. VR is preparing for competition in rail passenger services. Even though VR still has the exclusive right to operate rail passenger services, trains are in continuous competition with other modes of transport, particularly buses, coaches and private motoring.

VR has a large number of competitors in the logistics business and in rail traffic the first competitors have already started operations. The outlook for VR Transpoint is closely connected with the growth prospects of Finnish industries and thus also the demand for rail services. Economic developments in Finland and in other areas, particularly in Russia, are crucial.

Services purchased by Helsinki Region Transport (HSL) account for about half of all commuter rail services. The agreement between VR and HSL is in force until the end of 2017.

VR and HSL have been negotiating about a new commuter rail services agreement for the transition period of 2016-2021 before the start of services put out to tender. If HSL approves the offer, the start of competitive tendering for commuter services will be postponed by three years. The new agreement would come into effect in April 2016, replacing the existing agreement, and would remain in effect until summer 2021, when the services put out to competitive tender would begin.

If the negotiations do not result in a letter of intent that satisfies HSL by the end of April, the preparations for competitive tendering for commuter services will continue in accordance with the original schedule and the operator selected to run the services would start in June 2018. The decision on the transition period will be made by the end of April.

During the past few years, there has been an increase in the appropriations for track construction and maintenance, which is more than welcome from VR's perspective.

During the drafting of the 2015 state budget in autumn 2014, it became clear that this positive trend will not continue. Higher volumes and improvements in speeds and punctuality are only possible if the rail network is in good shape. The continuing increase in the maintenance backlog is worrying from the perspective of traffic management.

Finrail Oy made into an independent company

Read more about the operating environment at www.vrgroup.fi

VR Group’s main locations in Finland are in Helsinki, Tampere, Oulu and Kouvola. Infrastructure engineering also operates in Sweden and logistics in Russia and the Baltic states.